Pictures in honour of the extinction rebels.

The following is an extract from influential human geographer Yi-Fu Tuan referencing mythology and environmentalism.

‘In the Chinese cosmological order, things that belong to the same class affect each other. The process, however, is not one of mechanical causation but rather one of “resonance.” For example, the categories east, wood, green, wind and spring are associated with each other. Change one phenomenon – green, say – and all the others will be affected in a process like a multiple echo.

‘So the emperor has to wear the colour green in the spring; if he does not the seasonal regularity may be upset. The idea here stresses how human behaviour can influence nature, but the converse is also believed to occur. Nature affects man: for example, “when the yin force in nature is on the ascendancy, the yin in man rises also, and passive, negative, and destructive behaviour can be expected.”

‘Environmental influence is clearly recognised in the cosmological order of the Saulteaux Indians. Thus the winds are not the only powers in nature that have to be classified and located in space, they are also active forces in conflict over the middle ground where man lives. 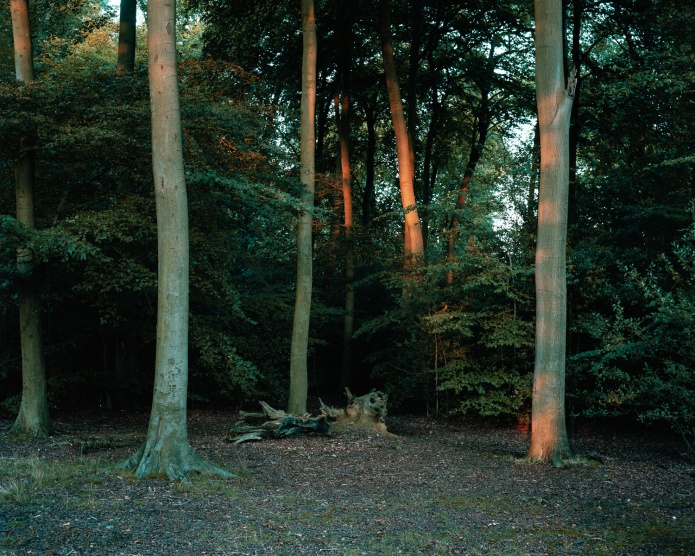 ‘North wind declares that he intends to show no mercy to humans; South Wind, in contrast, intends to treat humans well. The fact that North Wind cannot defeat South Wind in battle means that summer will always return.’

Pictures made in woods north of Great Missenden, Buckinghamshire threatened with destruction by the HS2 Project.