Tend /tend/ v. 1. tr. care for, take care of, look after, look out for, watch over, mind, attend to, see to, keep an eye on, cater for, minister to, nurse, nurture, cherish, protect.

‘Free from market obsessions of scarcity, hunters’ economic propensities may be more consistently predicated on abundance than our own.’

Marshall Sahlin, in his essay ‘The Original Affluent Society, from his book ‘Stone Age Economics’.

An allotment after its allotted time. Eyed at by prospectors intent on converting to cash. Onions, potatoes, radishes, carrots and leeks vie with burdock and bramble for a stake (literally) in the remains of the fertile ground.

These are the forgotten remains of careful conservation and cared for cabbages. Beneath the foliage of strange and unfamiliar plants, whose fronds sway elegantly in the dusk’s last breath, rutted earth dug in right angled rows turns the ankle of unsuspecting trespassers. Stumbling, legs follow eyes reluctantly to the next abandoned, skeletal shed. 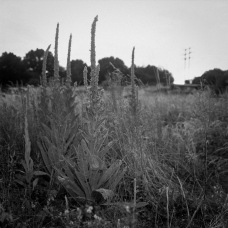 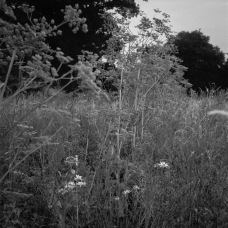 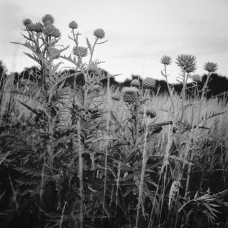 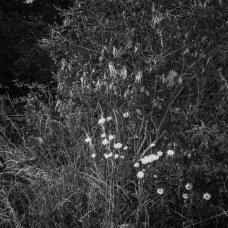 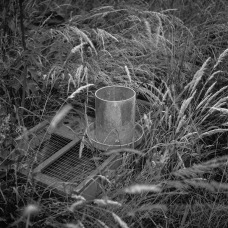 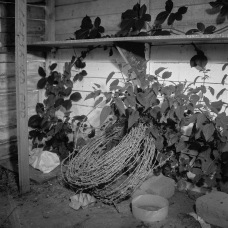 I wandered down one summer evening when the upward heat from the earth met the low sun’s last residual rays. I heard the percussive notes of shattering greenhouse glass: a whisper of boys huddled around an air- rifle, taking aim at anything that caught their eye. I wondered whether I should go down and try to negotiate a picture, but thought better of it. I didn’t doubt my own safety but knew those moments with mates – when some random stranger crashes a summer evening – were times that shouldn’t be interrupted. The suffocating heat was a warning that this was a place where I had no legitimate walk on part.

I waited at a distance. After seeing them burn up and out of the estate, I eased into the tall grass – a similar sensory experience to wild swimming such was the feeling of immersion. I lost a few skin cells to the tips of brambles wading between islands of 2by4 and fetid felt. A few surprising things were left behind: a tool kit never used, still in its box (with receipt); a variety of manual tools in states of distortion – gappy forks with missing tangs; bundles of brittle bamboo gathering dust; garden sieves that reminded me of a recurring childhood dream of panning for gold in the Klondike (aka the seasonal stream at the bottom of the garden).

The sense of industry in this place is palpable. Animal, insect and plant vie with the human to create layers of elaborate existential references. Small pathways or ‘smouts’ in the tall grasses elude to the nocturnal commute of rodents and small mammals. A beautifully formed abandoned wasps nest suggests ours is not the only reality – that there are other worlds living with us, in parallel but not linear time. A micro cosmos, yes, but no less beautiful and arguably more relevant than its celestial cousin.

So, when the bulldozers move into this vacant lot, another ‘unproductive’ space will be won over by the money men. The direction of travel here is unsurprising. A frictionless future perhaps, but one which marginalises the already under-appreciated moments and significance of and in this abandoned place.