Incoming from Daniel Norwood on Vimeo.

Incoming is a multi-media instillation on show at the Barbican Gallery in London by the artist Richard Mosse in collaboration with the cinematographer Trevor Tweeten and the composer Ben Frost. Its theme is the migration crisis of refugees into Europe, and branches off into independent but related scenarios such as the demolished ‘Jungle’ Camp in Calais and naval operations in the Mediterranean.

Mosse uses a military grade thermal imaging camera to represent migrants as monochromatic, anonymous figures irradiating heat signatures in varying tonalities, depending on their circumstance and predicament. The thermal rays bounce off a metallic blanket like light, and the tips of fingers and the ends of noses fade against warm palms and faces. The vision of this highly sophisticated camera in this context is resolutely other: a piercing dystopian eye which sees like an alien and renders those within its gaze as heat maps, rather than identifiable individuals.

As a linear progression from his previous work Enclave, where the artist used discontinued military grade infra-red film to reveal Congolese fighters in deep jungle, Incoming utilizes the technology of surveillance as a medium of artful reflection, rather than for, as in this case, its intended purpose – as a tool for battlefield awareness or the long range enforcement of border crossings and other state sponsored surveillance. Where Incoming departs from Enclave, and expands the critique on the use of such systems, is in the insidious rendering of all human life as equally vulnerable to the camera’s technology.

The ethical use of this medium is born out of the artist’s desire to diverge from the common use of images in the mass media, and showcase the awesome (it provokes awe) properties of the camera itself. In simple terms, this means that the gallery visitor can see what the soldier or law enforcement officer sees. More importantly however, it highlights the complicity of this ‘seeing’ in the context of the gallery space, and casts the unwitting witness as complicit in this crisis. The result is that one emerges into the daylight equally moved and troubled by the experience. Yes, the refugee ‘other’ is represented as stark, featureless biological traces, but so too are the aid workers, doctors, police officers and military personnel. Indeed, anyone who strays into the dehumanising vision of the all-seeing-eye is deprived of humanity. 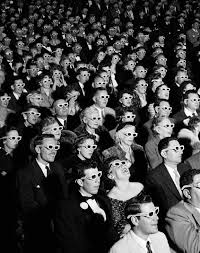 The Society of the Spectacle, Guy Debord

In this way, the gallery visitor, by association, is implicated in the work, and this fact could be used to respond to criticism of Mosse’s approach as mere gimmickry. The discrepancy of power relations between migrants and governments create an unnerving undercurrent, raising questions about the ethical use of surveillance techniques against people who are essentially rendered (in their essence) the same as us – just another heat source. This could be seen as helping to break down barriers of representation, rather than re-enforcing usual stereotypical narratives. However, it is complicated by the inherent sense of voyeurism – the overall production values borrow from the language of entertainment – the lingering close up and the stylized slo-mo being two obvious examples.

In short, Incoming refers as much to the new frontiers of military hardware available to the State as to the vulnerable refugees that this project seeks to represent.

The powerful and emotive Incoming is a free exhibition on at the Barbican until April 23rd.

Last night I went to a screening of the film ‘Somewhere to disappear‘ a film by Laure Flammarion and Armaud Uyttenhove.  It’s a fascinating story about the photographer Alec Soth‘s quest to find subjects for his latest project ‘Broken Manual‘.

The strap line for the film summarizes that ‘it’s not about running away, but the desire to run away’, which throws light on the autobiographical nature of Alec Soth’s photographic mission.  He seems to be using his memories of childhood – spent in the woods around his Minnesota home – building dens and playing with imaginary friends – as a personal trope to find people who have taken this desire to a whole new level.

One particularly poignant moment in the film records his meeting with a young man living in a cave in the desert.  Inside this rocky recess lie his belongings – a blanket and a gun, amongst a few other practical essentials.  This man is a true escapee.  Soth describes his departure from the encounter, saying that he forgot to say ‘good-bye’ to the man, and was driving away, when the man appears, runs over to him, and hugs him like an old friend.  Soth says that this intimate moment confirms that even though these individuals seek out a solitary lifestyle, and covet it preciously, there remains a fundamental need to connect with others.

Soth goes on to state the need to be ‘carried’ by his stories, and the directors also describe how each conversation with a stranger leads to an encounter with someone else, who in turn recommends a friend, or a friend of a friend, and so on.  Tellingly, though, even in these apparent extremes of isolation, social networking also plays its part.  Some hermits Facebook each other to see if this odd guy with the huge camera has dropped by…

The irony isn’t lost on the audience, and reinforces the notion that the idea of something is often more appealing than the reality.